Are you thinking of visiting Pawleys Island? You’re in for a treat! Our coastal town is the perfect place to unwind and relax. One of the most exciting things about Pawleys Island is its history. The history of our town is fascinating and filled with stories. In this blog, we’ll explore Pawleys past and how this Lowcountry gem came to be! Be sure to download our Vacation Guide and find all of the top activities and attractions in the area. Now, let’s dive in! 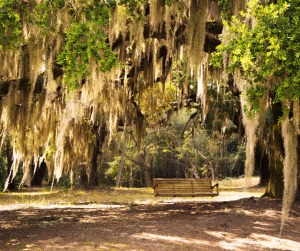 The earliest inhabitants of Pawleys Island were the Waccamaw and Winyah Native American tribes that lived on the land for thousands of years. When the first Europeans arrived in the eighteenth Century, the native people were either enslaved or died of newly-introduced European diseases.

Although the exact dates are unknown, it is said that in 1711 Percival Pawley was given a large tract of land after arriving as the first European on the island. After receiving his grant, Pawley began developing the land, and eventually, he had several plantations in the area. It is mostly agreed upon that the island was named after Percival’s sons George, Anthony, and Percival Jr. However, due to most property records being lost during the Civil War, most history from the early days has been lost. The Civil War and hurricanes brought many changes to Pawleys Island in the 1800s. The Union and Confederate armies used the island as a strategic base during the Civil War. 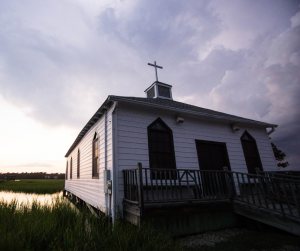 In 1886, one of the first bridges to Pawleys Island was completed, making it much easier for people to access the area. This bridge opened the island to development, and many vacationers soon began traveling there. It was also at this time that the famous Pawleys Island rope hammock came into existence. Boat captain Joshua John Ward designed the hammock in the late 19th Century, and they remain the most popular hammock in the country! Because of Captain Ward’s success in developing this world-renowned hammock, Pawleys Island, Georgetown (located to the south), and some small coastal communities just north of the island have become known as the Hammock Coast.

Since the late 19th Century, Pawleys Island has become one of the most beloved vacation destinations for generations of families. Many people have returned year after year to enjoy the pristine beaches, quiet town, and endless relaxation. Because of little change since the 1700s, the island has retained the nickname “Arrogantly shabby,” and this refers to the laid-back lifestyle of the island’s people.

Many of the original homes from the 18th century remain, inspiring locals and visitors alike to keep Pawleys Island beautiful and charming. 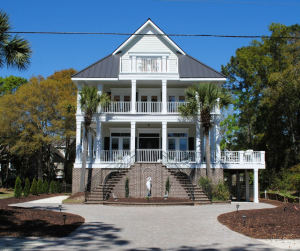 Pawleys Island is the top South Carolina destination for those seeking luxurious vacation rentals. The slower pace and friendly locals make you feel instantly relaxed. Choose from oceanfront homes, monthly winter rentals, or browse by amenity! When you’re not relaxing at your vacation rental, explore our things to do page and find top restaurants, golfing, and outdoor adventures! No matter what brings you to Pawleys, you’ll come back for generations! We can’t wait to see you on the island!